{Annie’s Laughing Place} Chum Some of This by T.J. Tranchell 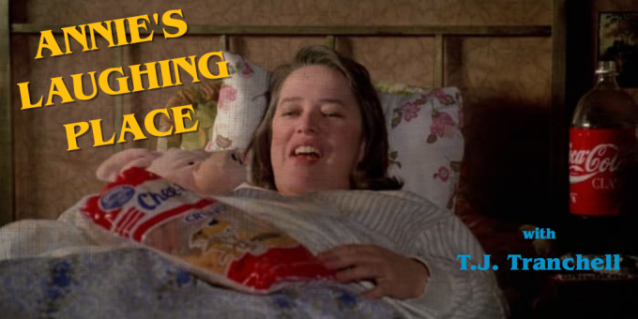 Chum Some of This

My wife and I often return to her hometown on or around Independence Day. Early July in her North Idaho hometown is sometimes too hot, sometimes rainy, but mostly a good time. Prior to one trip, I saw that the local single-screen theater would be showing JAWS that weekend.

My wife isn’t a fan of horror movies, in general. There are a few she’s watched and a few she’s watched with me. JAWS, however, is one that we enjoy together a couple times a year. It is one of the few films that can be watched and re-watched and never loses any of its charm. We laugh at the same jokes or ones that strike us in a new way. Every other viewing or so, I remind her that the shooting star was captured by pure luck.

But that weekend away, near a large lake, we joined about 200 people to watch JAWS on the big screen. The theater experience matters. These movies weren’t made with home media in mind. We watched and listened—because it is JAWS and that music is a key part of the experience—as people gasped, screamed, and cheered.

We sat with a friend of my wife’s and her two children, both under 10 at the time. Remember, JAWS is rated PG; the PG-13 rating hadn’t been created yet and JAWS doesn’t warrant a R (you are free to disagree with that, and I am open to those discussions). There’s a good chance that this was the first time many people had seen the movie and an even better chance that it was the first big screen viewing for almost everyone.

There’s a shot that gets my wife every time: when Hooper takes his first dive to the wreckage he finds with Brody and the severed head bobs out of the hole in the hull. If we are watching at home, she’ll often take that moment to get up for a drink or just to walk away. At the theater, there was nowhere she could go.

But here’s the thing: I missed her reaction. I was so caught up in a movie I’ve watched dozens of times that I do not remember the reaction of the person next to me at a key moment in the movie.

Whenever we watch JAWS (most recently just before the Fourth of July, as is tradition), the theater experience comes up. Some movies age better than others, and some are just as fresh as when they we first released. 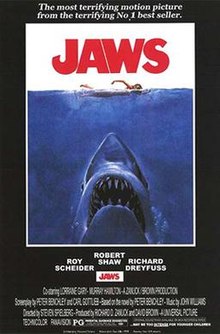 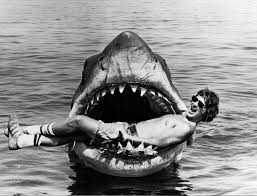 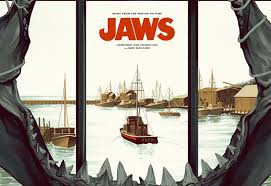 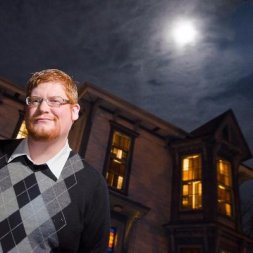 T.J. Tranchell was born on Halloween, grew up in Utah, and now lives in Washington with his wife and son. His first two books, CRY DOWN DARK and ASLEEP IN THE NIGHTMARE ROOM were published by Blysster Press and are available on Amazon, or www.blysster.com. In 2020, Giles Press will release TELL NO MAN. Find Tranchell on the web at www.tjtranchell.comof on Twitter @TJ_Tranchell.