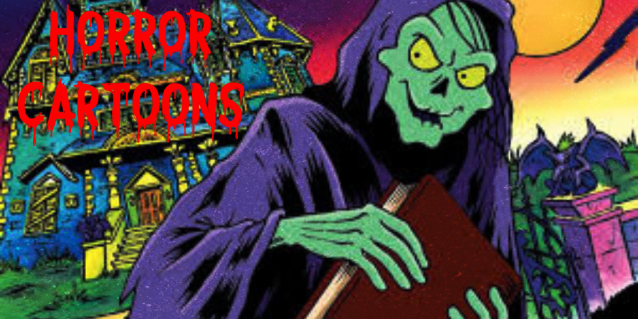 The series centered around Beetlejuice and his best friend Lydia. They go on supernatural adventures in the real world (Peaceful Pines in New England) and the Netherworld. The episodes relied heavily on worldplay and slapstick humor. The later episodes were mainly just parodies of famous TV shows, books, and films. One episode was based on a fan’s idea. Beetlejuice tried to scam people in the real world and the Netherworld.

Count Duckula is unique because some episodes had a theme of a new incarnation every episode. The past incarnation is called “Father” and I honestly don’t know why. But the new incarnations are able to develop their own personalities and interests. There’s a dynasty called the counts of Duckula, and they sorcerers, knights, scientists, artists, etc. They were all had a secret; they were vampire ducks. Duckula would go on adventures and the castle would teleport him around the world. Igor tries to turn Duckula into a proper vampire. Some of the episodes featured Duckula’s arch-nemesis Doctor Von Goosewing, a vampire hunter hellbent on taking Duckula out. Duckula also went up against zombies and mechanical werewolves. Needless to say, it was awesome.

The Real Ghostbusters follows the adventures of the four Ghostbusters as they capture spirits around New York City and other places. It also stars their secretary Janine, their accountant Louis, and of course their mascot Slimer. It is a fact that Slimer got so popular that they changed the shows title to Slimer! and the Ghostbusters. I had the fruit juices and the lunch boxes with Slimer on them. He was everywhere. All over clothes, food, and other merchandise. That marketing campaign was dope.

Scooby Doo and Scrappy Doo was one of my favorite Saturday morning cartoons growing up. He had my three favorite characters: Scooby Doo, Scrappy Doo, and Shaggy. Fred, Velma, and Daphne were not as prominent in this series. The laugh tracks still seem to unnerve me for some reason. Hop in the van and hit the road with this terrified trio. I know you want to.

The Grim Adventures of Billy & Mandy

I’m not too familiar with this cartoon, but I have heard great things from the younger generations. Grim is a Jamaican accented Reaper. Billy is a . Mandy is a cynical and merciless girl. Billy and Mandy cheat at a limbo match against Grim, and he is enslaved in an unwanted friendship with them.