John Everson is a staunch advocate for the culinary joys of the jalapeno and an unabashed fan of 1970s European horror cinema.  He is also the Bram Stoker Award-winning author of ten novels, including his latest The House By The Cemetery, which takes place at a real haunted cemetery — Bachelor’s Grove — in the south suburbs of Chicago. His first novel Covenant, was a winner of the Bram Stoker Award and his sixth, NightWhere, was a finalist for the award.  Other novels include  Redemption, the conclusion to the trilogy begun in Covenant, as well as Violet Eyes, The Pumpkin Man, Siren and The 13th. Over the past 20 years, his short stories have appeared in more than 75 magazines and anthologies. He is the founder of the independent press Dark Arts Books and has written novelettes for The Vampire Diaries and Jonathan Maberry’s V-Wars universe (Books 1 and 3), the latter of which is currently being developed for NetFlix. He’s also written stories for The Green Hornet and Kolchak, The Night anthologies. He has had several short fiction collections, including Needles & Sins, Vigilantes of Love, Cage of Bones & Other Deadly Obsessions and most recently, Sacrificing Virgins. For more on his obsession with jalapenos and 1970s European horror cinema, as well as information on his fiction, art and music, visit www.johneverson.com.
Links:
www.johneverson.com
Facebook
Twitter
Instagram
BookBub
Goodreads
Amazon Author Page
CHHR: When did you realize you wanted to be a writer?
I’ve always known I’d be a writer in some form. I wrote my first short story – a story set in Isaac Asimov’s Foundation universe, when I was in grade school. In high school, I was an editor on the high school newspaper (at the same time as I worked on the underground student newspaper!) and in college I got my degree in journalism. My very first job was as a reporter.  So I’ve always written – sometimes non-fiction, sometimes opinion columns and… sometimes… fiction.

CHHR: What does your writing schedule look like?  What do you do when you aren’t writing? Any hobbies?
My writing schedule is wildly sporadic.  It’s been different with every book, honestly. My first novel, Covenant, took years to write because I kept it in a drawer more than I worked on it. My second, Sacrifice, was more than half written in a single month, because I started it during National Novel Writing Month and got the requisite 50,000 words done in November of 2002.
A couple of my novels, including Siren, were written when I tried working an hour every day before going to my dayjob and took about six months to produce. I am NOT a morning person, though, so that schedule didn’t stick around long.  Several of my novels have depended on “Writing Nights” wherein, after the dayjob, I would decamp to a local pub and sit and work for about five hours. I’d get a good chunk of writing done on that night, and then the rest on the weekend.
The long and short is, I have a really demanding dayjob, and I’m also a husband and father. So… I fit writing in where I can. I’ve basically averaged a novel and a couple short stories a year over the past few years.
As for hobbies – basically anything that’s creative. I write music, garden, cook, occasionally do woodwork. And drink beer and watch old Italian horror and giallo films!

CHHR: Do you have any interesting writing rituals? If so, what are they?
I kind of described one above – I do enjoy my writing nights, where it’s just me in the back of a bar, with good music (hopefully) playing over head, some hot wings to hold back the hunger and a waitress who keeps my pint full.  I also really enjoy sitting out on my patio in the summer and fall and working at the “outdoor” bar with my iPod playing through the garden speakers.
CHHR: Do you like writing short stories or novels?
Yes.
CHHR: How is the horror scene where you live?

Chicago has a great horror scene.  There are zombie pub crawls and horror movie festivals at some of the second run theaters. And we have an awesome annual horror film convention that I always do a book booth at called Flashback Weekend: Chicago Horror Convention.  www.flashbackweekend.com 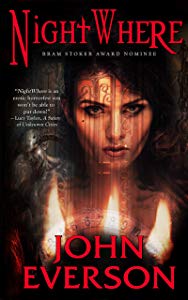 CHHR: Do you use outlines or do you go with the flow?
Yes.
Seriously – I’ve written four of my novels largely without outlines… but the other six were all sold to publishers based on outlines – I couldn’t contract the books unless the publishers knew what I intended to produce. So I’ve worked both ways.
CHHR: How did publishing your first book or short story change your writing process?

I wrote short stories in grade school, high school and college. So… while actually selling the first one made me feel more “validated” as a writer, it didn’t really change my process.  But when I sold my first novel – that gave me a lot more confidence that I could actually complete a novel, and I think it made the ones that I worked on after that a little easier to get through… because I’d proven to myself that I could do it. Whether it was good or not, the first hurdle was simply proving you could stay the course and complete one. I’m still always insecure about the work… but I know that I can at least competently produce a work that saleable… and every release seems to find a base of fans who really enjoy it. So… I’ve gotten a little more confident that I’m at least pleasing some people!

CHHR: What do you think makes a good horror story?
Characters that you can relate to, in situations that are unreal.
CHHR: How did THE HOUSE BY THE CEMETERY come about?
The House By the Cemetery started, in some ways, back when I was a kid in Cub Scouts. That’s when I first heard about the “haunted cemetery” hidden “somewhere near here” in the woods.  As a young newspaper reporter, I got an assignment to write about the history of the “haunted place” for a Halloween feature, and that was the first time I set foot in the place. Not long after that, I was inspired to write a fictional story about the cemetery and a woman who was buried there (I had taken a picture of her gravestone.  Many years after that, I wrote a second story based on one of the ghost legends of the place, and that’s when it finally occurred to me that “hey… you could really write a whole novel set there!”

CHHR: What character do you relate to most in THE HOUSE BY THE CEMETERY?
I always share an affinity with my main characters… which is why I always find it funny when people question their actions or motivations. Because usually those characters are based on “what I think I might do” in such a circumstance. I think they magnify both my strengths… and weaknesses.
CHHR: Did any scene scare you while writing THE HOUSE BY THE CEMETERY?
Honestly, I don’t think I’ve written anything that scares me… I already know the beginning and end, so it’s hard to be scared by something I write. I can be emotionally moved by my stories. And those are actually my favorite stories that I’ve written – the ones that leave me with a very strong “feeling.”
CHHR: What are you currently working on? 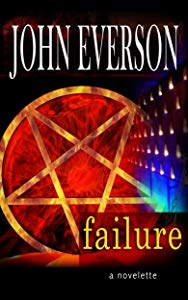 CHHR: What is in your TBR pile?
Books that I picked up ten years ago!  Trying to squeeze in writing around my day job has meant that I almost never read anything, anymore. Which is a situation I hate, since my love of reading is what made me become a writer. But… last year, I think I read three novels, one of which was Anne Rice’s really short Angel Time book.
CHHR: What is the scariest book you’ve ever read?
I’ve been more creeped out in my life by scary movies than scary books, but when I read Clive Barker’s The Damnation Game, while in a hotel alone on a business trip in my 20s… well, I remember that book creeping me out pretty good!
CHHR: What is your favorite scary movie?

The original Alien. It is the perfect mix of mood, building suspense, eerie setting and unexpected shocks. It’s both the perfect science fiction and horror movie.

CHHR: What is your spirit animal?
I am resisting the urge to look up what a spirit animal actually is so that I can answer that (yes, I’ve heard the term… no, I don’t really know what it means!)
CHHR: What is your favorite beer?
Revolution Brewing Anti-Hero IPA. It’s the IPA that changed me from being a dedicated English Brown Ale drinker (largely Newcastle) to drinking almost exclusively Pale Ales and IPAs.
CHHR: If you could have a beer with one author, who would it be?

Well… I had tea once with Clive Barker, to interview him for a newspaper.  And I’ve had dinner with Edward Lee a couple times. So… I’m good with living authors. Now… give me the chance to quaff an ale with William Shakespeare, and I’d be in heaven (though it’s been a really long time since I studied Iambic Pentameter…)